On the walls of Lucca and the Nottolini aqueduct 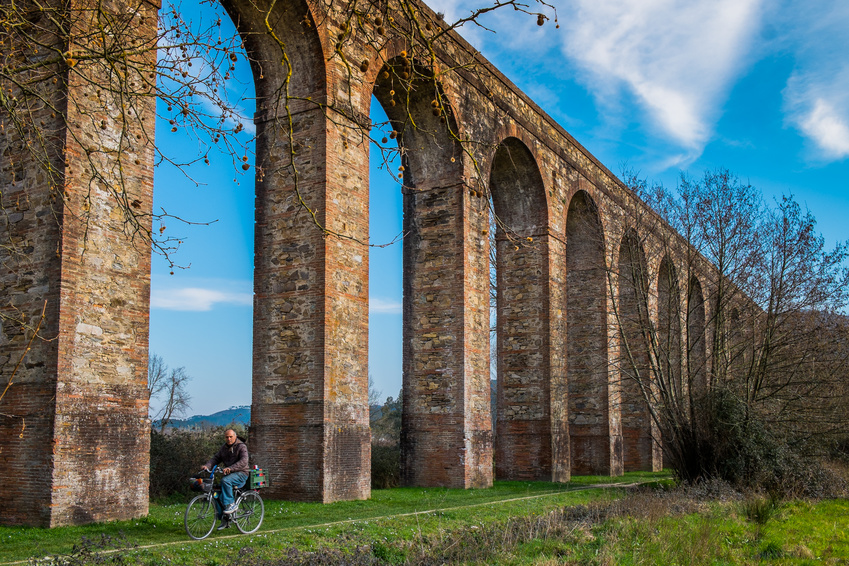 An itinerary which allows you to travel through history via Lucca’s architectural curiosities.

To understand the techniques that have been used by the local people through time to get drinking water, it’s essential to take an introductive ride around the Lucca city walls which surrounds the historical centre of the city. Thanks to the vigilant presence of Nottolini’s Aqueduct, the journey continues along a suggestive path; a lovely country cycle lane where you have the chance to appreciate Lucca’s cultivations too, where it’s easy to encounter grazing cattle.

The building of the aqueduct, wanted by the Bourbon’s Duchess Maria Luisa between 1823 and 1833, was relied on architect Lorenzo Nottolini, who later gave the name to the Aqueduct himself. Along the trip it will be very interesting to comprehend the building method of the impressive work, to appreciate the ancient cistern which was used to collect water to refill the city fountains and spend some pleasing time absorbed in the countryside, just outside the Lucca city walls.

It’s impossible to resist this excursion, which has a low difficulty level, both for the duration and length of the trip, but surely not less fascinating.